performed by the Melos Quartet

This quartet is listed in some places as being in “various” or mixed keys. The Kalmus Study Score that I rented from the library (volume one of three) lists it as C minor. In any regard, it is Schubert’s first contribution to the string quartet, and, as the Wikipedia page mentions, “it may be Schubert’s earliest extant completed multi-movement work for more than one player.” That isn’t a designation that rolls off the tongue, but it’s important-ish.

That article also mentions something I saw nowhere else (not that I tried terribly hard), that this work “is the only remaining of a set of three early string quartets “in changing, undefined” key signatures by Schubert.” While the piece was likely completed in 1810, a partial autograph of the work is dated 1812, but it wasn’t actually published until 1890, a whopping 80 years after its completion (thus far outdoing the ‘Great’ C major symphony for ‘lying undiscovered’ time).

The first movement begins in C minor, but only for sixteen bars, appearing to ‘finish’ in A major, but then we do a similar thing again in D minor, for 23 bars, and then we have a fermata… hold, until we reach G minor. That changes brings us into 3/4 with a marking of presto vivace. As a result, the entire first andante section feels like a very heavy, very somber introduction, especially for a thirteen-year-old composer. It’s really troubled sounding, and leads us into a stormy but emotive melody in first violin over repeated notes in cello, giving a dramatic, galloping sort of effect. The intensity of this passage is made even greater by regular repeated notes (sixteenths or eighths) from the entire quartet.

After the initial repeat, the violin’s melody descends rather than ascends, a simple but effective change, and then suddenly we’re in D major, a sunny, bucolic passage led by the cello, leading into what appears to be a recapitulation. The entire first movement is quite episodic in this way, which is why the quartet is more often than not, listed as being “in various keys,” although my Kalmus score lists the work as C minor, even though the first movement finishes in unison G’s.

After a stormy, troubled rather discombobulated movement (although enjoyable), it’s a relief to have the menuetto. It’s simple, almost melancholically so, with mutes all around. The first violin leads and everyone else accompanies in what calls to mind a tender little clinky melody that might come out of a music box on a shelf in a dusty, ill-lit room where something tragic once happened.

The trio of this menuetto isn’t far removed from the opening theme, most notably with a change of key, and the menuetto returns, and the ultimate message of the whole movement is that Schubert, even at such a young age had a special talent for simple, piercing, melancholy beauty. There’s really nothing special about this movement, but when you listen harder, you hear, not more music, but more emotion, more thought, a story. At least I do.

I found the third movement, marked andante, to be similar. There are trills and turns, and it’s a slightly longer movement, also in 3/4 (like almost all of the piece thus far, save the intro of the first movement), but it doesn’t really do much for me. It’s pleasant enough, and feels like the longest movement of the quartet, even if it isn’t. It’s in kind of a rondo type form, with a subject and a few episodes that are repeated (maybe it isn’t a rondo…), but it’s the first movement so far that kind of stays somewhere, that somewhere being B major. And the entire movement is more or less a violin solo with accompaniment from the other three members of the quartet. There’s much less going on here than in the other two movements, but to its credit, it’s a bit more cohesive.

The finale is also in B major, but not without some suggestions of other keys. In 3/4 time, the main melody, at least to me, seems to remind the listener of the first proper subject of the first movement, also in 3/4. We also have repeated sixteenths and eighths here, a feature that gave the first movement much of its drama.There’s also kind of a dance-y thing going on in the final movement, where the second of the three beats is the longest note, giving an emphasis to that beat, which makes the meter sound more interesting. 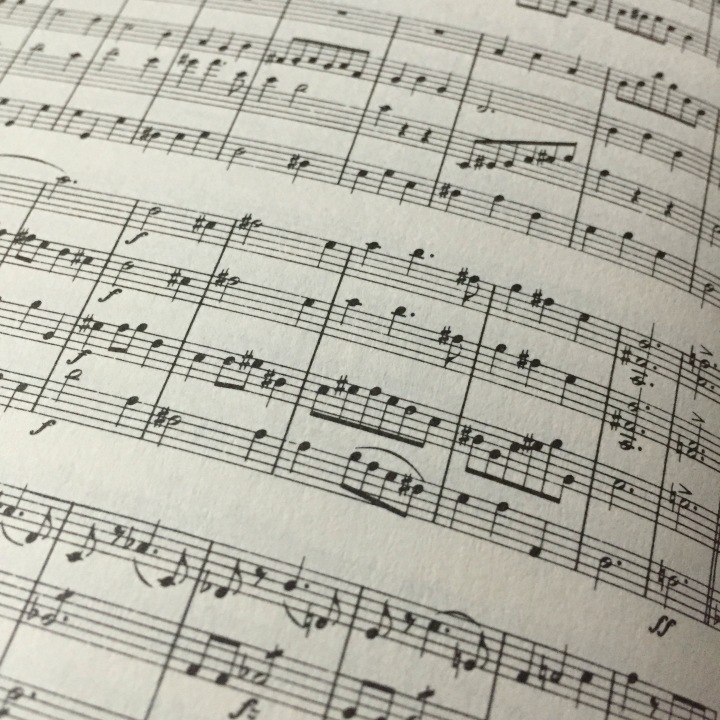 After our quite melancholy first two movements in all their key areas, the piece seems finally to settle down in B major, quite distant from any suggestion of the piece as being in C minor, but in any case, it’s an interesting if not slightly juvenile work. Standouts for me are the first two movements, and the rich emotional landscape presented, simple, but heartfelt, troubled. The latter two movements are perhaps too unified, but show a greater cohesion, with the final movement reminding us of things that we heard in the opening movement.

It’s a different kind of unity or structure or whatever, and it seems a bit puzzling that our young genius would forego something as traditional as tonal structure and all that in his earliest works, but as we see, it’s quite different from Mozart’s equally youthful effort. How interesting it is to compare these early approaches, little visions, glimpses into the early efforts of young geniuses.

Tomorrow’s post will not be a string quartet. We’ve had a handful so far, but only from Haydn, Mozart, and Schubert. We’re going to break things up a bit and get back to something else. Stay tuned.