as performed by the Taipei Symphony Orchestra under Maestro Eliahu Inbal on April 6, 2015. 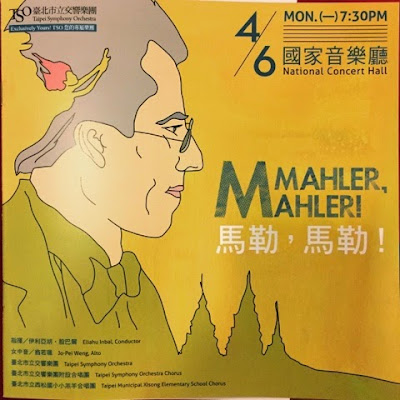 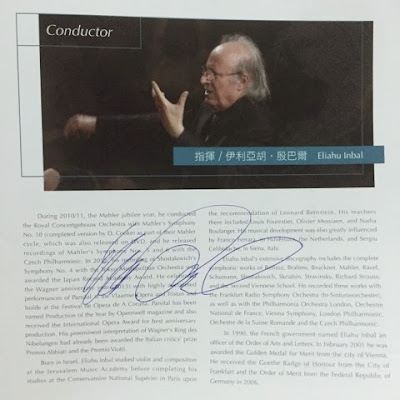 I got to meet Maestro Inbal afterward, and while he seemed like a very nice gentleman, he seemed tired (which is perfectly understandable) and it seemed a little tiring for him to agree to a handshake, but he obliged. He is obviously the kind of person I would have loved to have the chance to sit down with and ask all sorts of questions about his strategic and artistic decisions in rehearsals and how he addressed the piece, but alas… I was first in line for the autograph, and by the time I walked out, the line had wrapped halfway around the concert hall (well, almost), so there’s obviously zero time for chit-chat, poor guy.
In any case, it is a pleasure and an honor to be able to check Mahler’s enormous third symphony off of my “hear these live” list, much more having heard such a wonderful performance of it last week. Thank you very much.