Bear with me here. This concert (or the general experience of the evening) was far more outstandingly outstanding than I’d prepared for. 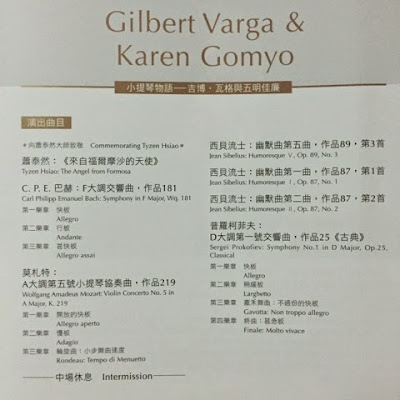 There are some concerts you look forward to and know will be once-in-a-lifetime chances, like being able to hear Gurre Lieder live last year (quite a production), or The Philharmonia last month, and some you go to just because it’s a nice chance to hear a piece live again, with no real concern for the performer or real anticipation for the program…? Think of it this way. 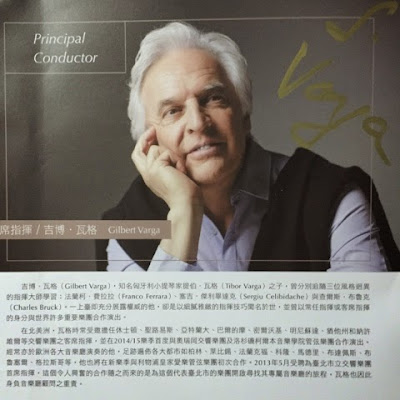 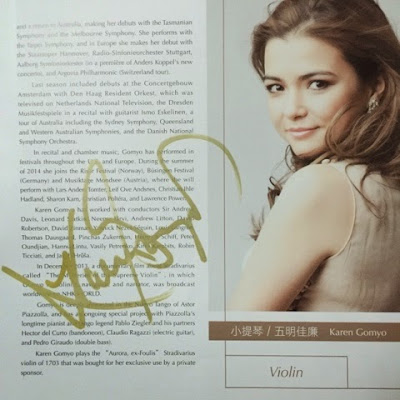 So all in all, it was a wonderful evening, to a surprising degree. The Taipei Symphony is really spectacular, and as I told Varga how impressed I was with the Prokofiev, he was genuinely proud of them, stating that it’s even more an accomplishment when you consider they performed as well as they did at the end of a two-hour concert. He was really proud of what they did. Maybe it takes a person who is as excited about this stuff as I am to appreciate it, but it means something to see the kinds of human qualities in a performance and the performers. It was a surprisingly, exceedingly delightful evening, and I will be in attendance at as many of the Taipei Symphony’s performances as possible.
As a matter of fact, there’s one coming up in just a few weeks that is one of those once-in-a-lifetime opportunities, and I’m sure it will bring me to tears. But that’s for another day.