Once in a while, there’s a thing that you look so forward to that you can’t even concentrate, the day seems to go by slowly, and you cannot wait for this thing you know will be so amazing to arrive.
Perhaps it’s a dinner at a fancy restaurant, or a vacation, or some kind of meaningful thing; it’s different for everyone. But then when you get there and it starts happening, it’s more meaningful and powerful and enjoyable and moving than you had thought it could be. Even the highest of expectations were exceeded. 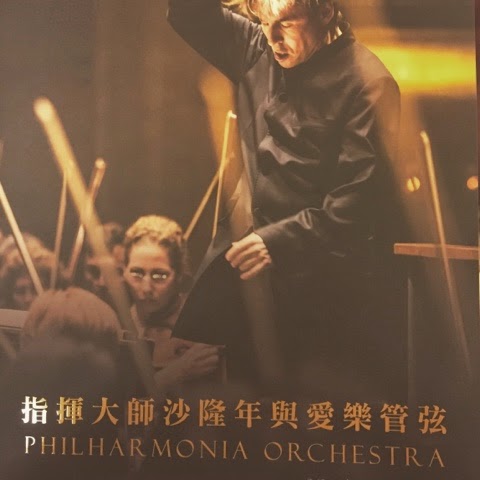 Perhaps that sounds corny, but it’s exactly how I felt seeing the Philharmonia Orchestra with Esa-Pekka Salonen last week here in our very own National Concert Hall. It was absolutely mind-blowingly spectacular.
I saw the listing on the program back in January, I think, and was worried I was too late. The February and March programs are always listed together here. Chinese New Year falls within those months, and the concert hall closes down for yearly repairs and maintenance, so the programs are condensed down, and I didn’t pick up a program until sometime mid-January-ish, I think. I was so excited to see that they were coming. I had a sudden, last-minute accident of a chance to see the Royal Philharmonic in 2013 for free. Sat front row and got to see and hear Mr. Charles Dutoit himself  stomp and conduct and lead an amazing program, and even got to shake his hand and get an autograph after the performance. That was a phenomenal concert. 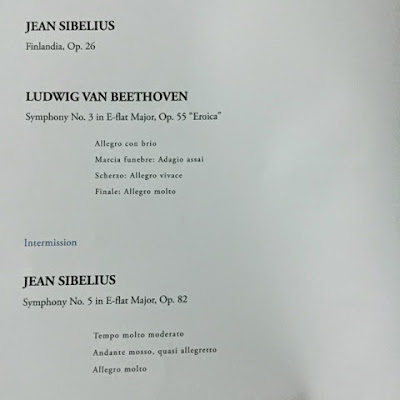 We got an encore after three re-entries from Salonen. He stood on the podium and put his finger to his lips to hush the applause, announced a title I didn’t understand and conducted sans baton a wonderful little piece…
I walked around to the back of the hall where the coach buses are always waiting for the performers, and got to shake hands with the timpanist, one Paul Philbert, who I thoroughly enjoyed watching throughout the entire piece. He moved about as much as his mallets did; he was quite intense. We chatted a bit about the tour and their next leg onto Japan, but I was too excited to think to ask about the encore piece. A small group of us had the same idea, and waited for Salonen. After about 20 minutes, he appeared, but once he made his way outside, he apologized, said “I’m sorry, not tonight,” and slipped into his car. I can understand that. But I would have been pleased to shake his hand.
It was an incredible evening, far more enjoyable and impressive than I’d imagined, an evening that currently stands as the greatest musical experience I’ve ever had.
Thanks, Philharmonia. It was spectacular.

One thought on “Concert Review: Salonen and the Philharmonia Orchestra in Taipei”