I wouldn’t necessarily describe it as rare, per se, that one sees works of Alexander Scriabin on a recital program. I’d heard his piano works on at least two other occasions before this one, and was excited then, so when I saw the program for this recital months ago with three of Scriabin’s sonatas on the program, I immediately bought a ticket. 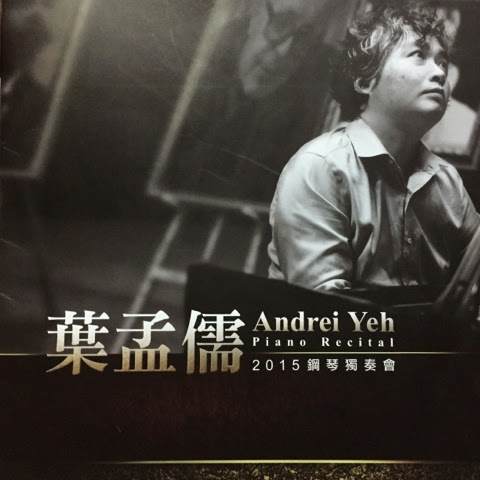 Andrei Yeh is the same gentleman that so exquisitely played Rachmaninoff’s Paganini Variations back in December with the Taipei Philharmonic. I was blown away by that performance. It was one of those few times when something feels at once passionate and effortless. It was perfection. Aside from the foot-tapping. Concert halls are made for good acoustics, and the sound of hard-soled shoes tapping (in time, of course) on hardwood floors tends to make it around the auditorium.
In any case, I recognized the gentleman’s name and was excited to go.
I had perhaps one of the best seats in the house, aside from the young man to my left and his problems with sweaty palms and flatulence. That aside, it was the best place to be. Front row of the balcony, just slightly stage right of center. Awesome seat.
It seems Mr. Yeh studied in the 1990s in Russia under Lev Naumov, quite a famous classical pianist with quite an impressive list of students who are also quite impressive themselves. We were greeted on the stage that evening with two easels, one holding a large
photo of Alexander Scriabin, the other of Mr. Naumov. 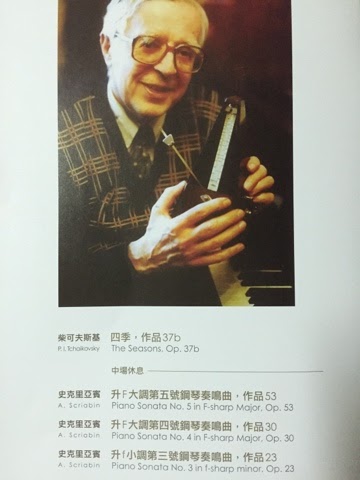